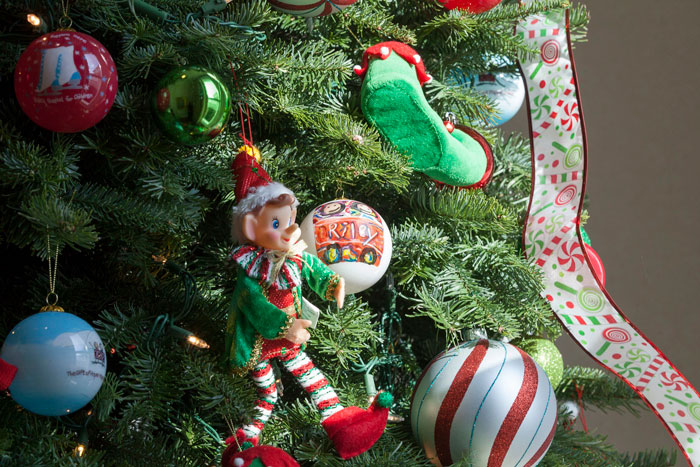 the work! How stressful.

With all the deadlines, clients and an ignorant boss around, it can be hard to catch a break. However, now that the holidays are right around the corner, it’s finally time for the best part of any job—work functions.

Even if you’re hesitant to join your co-workers – and your superiors – outside the office, participating in outings has its benefits.

For example, if you’re a freshman who hasn’t yet gotten to know your peers, going out for a drink or two can help you get to know the overall culture of your department and maybe even introduce yourself. Can also get “best work personality”.

However, there is one interesting part that is missing, and that is the planning. It’s a scary process because even though it’s going out, it’s still a professional, so you have to take care of everyone’s needs – and it just so happens that every once in a while, there’s going to be someone who makes things up. will A little too hard.

There’s one place where kids definitely don’t belong — and that’s at a work event.

“AITA for telling my co-worker not to bring her child? – This internet user turned to one of Reddit’s most judgmental communities, wondering if he was really asking his partner, who is currently on maternity leave, to give birth to their 5-month-old baby. Don’t bring it to the pub for an early Christmas party. The post managed to get almost 10K upvotes as well as 2.7K comments discussing the situation.

New mom snaps after being told not to bring her 5-month-old baby out to work. 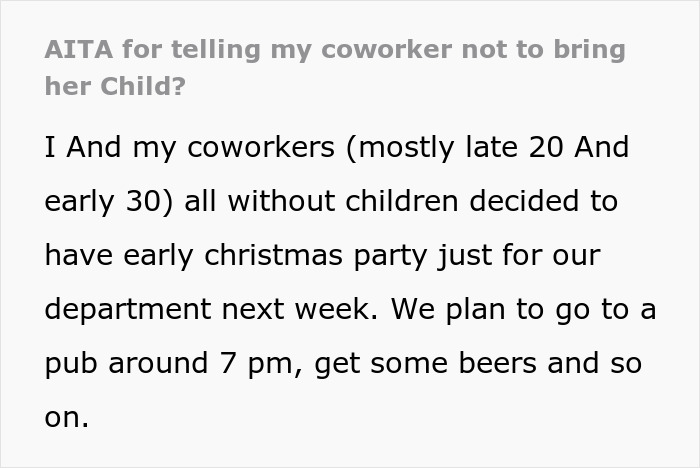 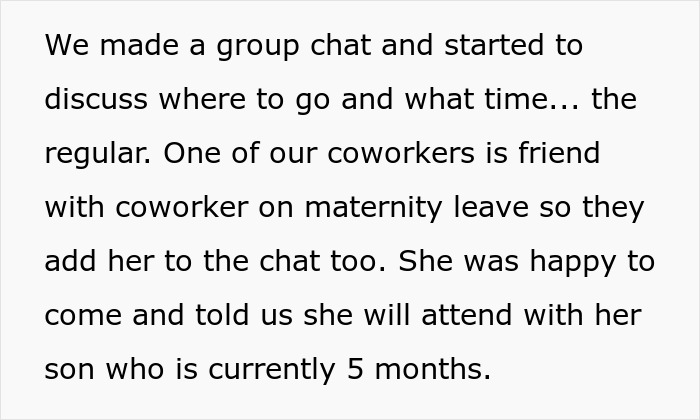 The man began his story by explaining that he and his co-workers, mostly in their late 20s and without children, decided to have an early Christmas party just for their department. . They planned to go to a pub around 7pm, grab a few beers and basically see where the night took them.

The colleagues held a group chat to discuss where they wanted to go, and included a woman who is currently on maternity leave. She was happy to come and said she would attend with her son who is now 5 months old.

Naturally, the author of the post said that since everyone would be loud, drunk, and it would be very late, it probably wasn’t a good idea to bring the baby along.

The author’s department had a group chat and invited everyone to an early Christmas party at a pub. 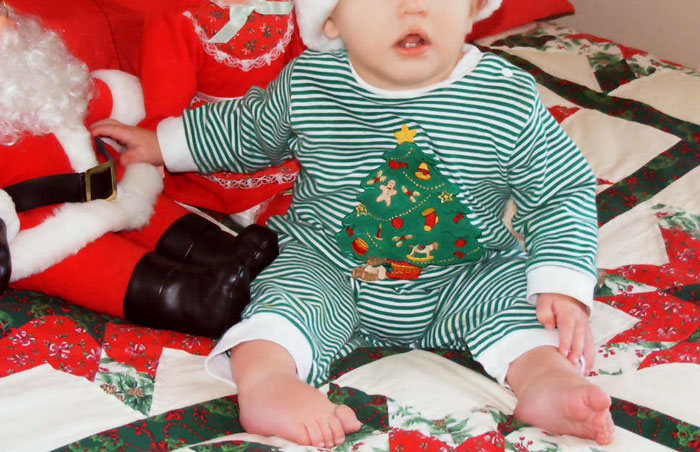 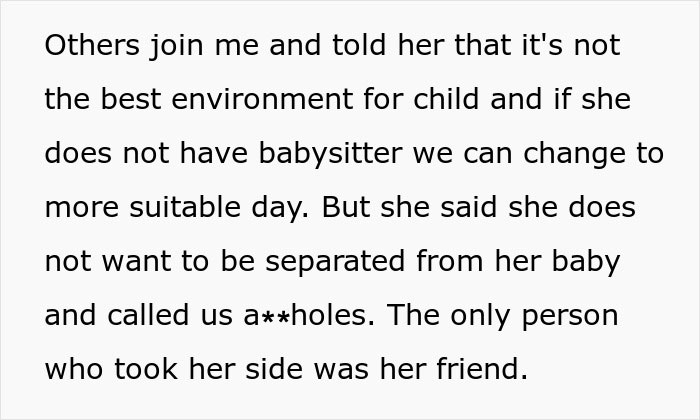 The new mother insists that everything will be fine and takes the baby with her wherever she goes. She even said she took him to her husband’s conference and he barely cried.

Still, several staff members chimed in and offered to change the dates if she didn’t have a babysitter, saying it still wouldn’t be the best environment for a child. The woman said she didn’t want to be separated from her son and basically called everyone a jerk.

After getting enough attention on the story, the author decided to add some additional commentary for some context. He said that he would not have created group chats without it. The girl who made it didn’t have the woman’s phone number, so a friend of hers did the honors of adding her. Employees intended to include her with everyone, plus the post’s author is on friendly terms with the new mom.

They also included a colleague who is currently on maternity leave. The woman tried to take her child with her – however, she was told it wasn’t a good idea. 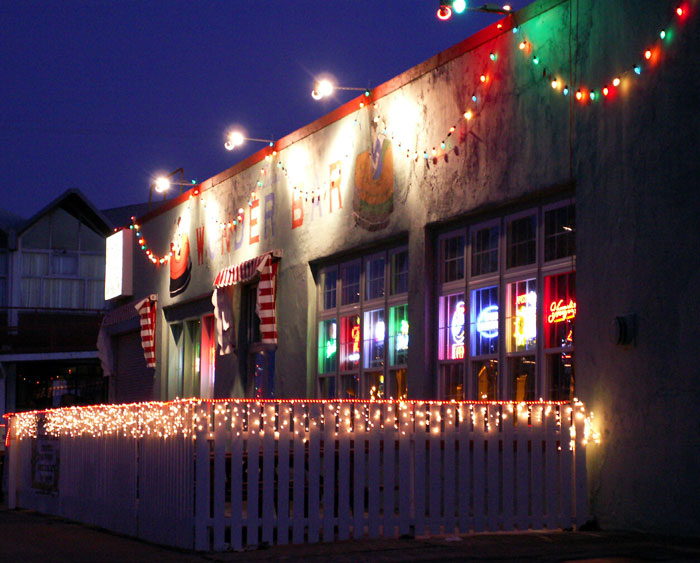 He described the two as work friends. They don’t hang out outside of their jobs, but before she was born, they usually took their lunch with them. The man then proceeded with some standard Reddit edits, saying that he lives in Europe and that English is not his first language. He also urged web trolls to refrain from making unnecessary threats.

But what do you think about this situation? Do you believe the new mom is wrong?

She then spoke up and called everyone a fool because she didn’t want to be separated from her child. 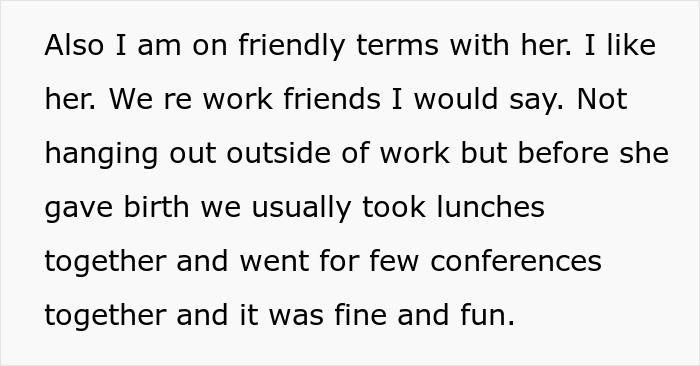 Since it’s clear that a new mother can suffer from separation anxiety, KristenBellTattoos.com Decided to contact an expert. Darlene B. Viggiano, a California-based professional who calls herself a The physician who does not read Redditoffered some insightful commentary on the story: “Everyone has a right to feel, whether the feeling is distressing or otherwise. When people find themselves in new mom and/or co-worker scenarios, it’s a Helps to show empathy for other’s positions.

“Once empathy is clearly communicated, there is less incentive for name-calling and more incentive for cooperation, so that the solution a person proposed to change/add a new time and location is an option. Once negative labels begin to be placed in communication, options are not heard. Negativity begets negativity, and that’s when more decisions pile up, such as whether a mother should have a The infant should be led into drinking, despite the fact that many parents throw such events in their own homes, for better or worse.”

Fellow community members shared their thoughts and opinions on the situation.