While some people may think of work as “just work,” meaning it’s just part of their life, it’s still important to feel good and appreciated in your workplace, because We spend most of our time there. So any distraction or disagreement with other colleagues can affect our work and even our well-being. Especially if someone is bothering us for no apparent or apparent reason. Even if we are trying to avoid such situations, it seems that sometimes they find us. With this in mind, Reddit user @u/littlewasknown decided to share a story that happened to him at work. The situation, shared on Reddit’s Malicious Compliance, was upvoted more than 10k times and gained attention from other users.

Having a good and safe work environment is essential for an employee to do his job properly.

The author of the post revealed that he works in radiology and had a colleague named Smith 15 years ago. It seemed that their relationship was not the best as Smith had already received two warnings for misbehaving with his boss and the original poster (OP). But even these two warnings did not work for him as he tried to make the narrator’s life more difficult and take revenge. It was shared that Smith would do many small annoying things such as eating the OP’s lunch or using their x-ray markers.

A Reddit user decided to share a story about how his co-worker wanted to blame him for a bad assignment. 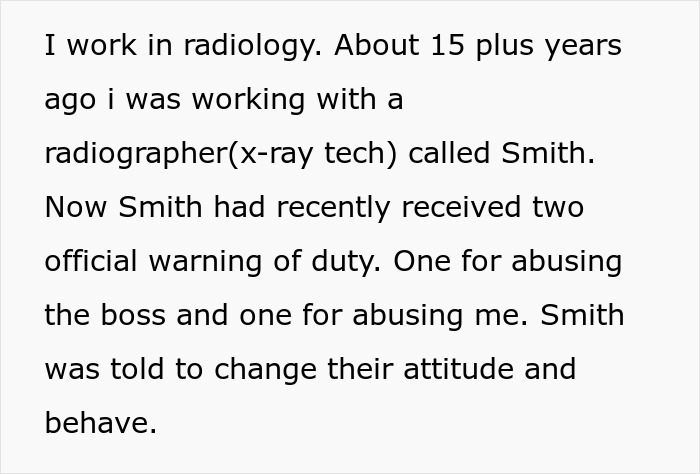 His colleague Smith was known to abuse the Post writer. 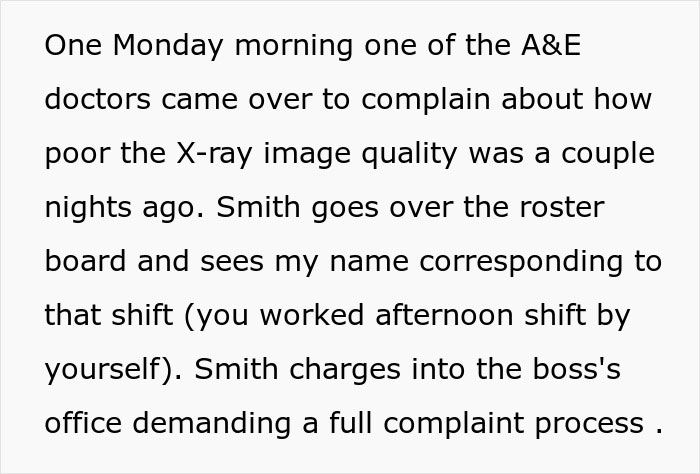 The main storyline occurs when an accident and emergency (A&E) doctor says one of the x-ray images is faulty. That’s when Smith went to check the board with everyone’s work schedules and saw that the author of the post was someone who worked that shift. That’s when they thought to go to their boss and ask him to get HR involved so they could investigate the situation and maybe punish the radiographer for bad work.

One day, a doctor complained that the X-rays weren’t bad, so Smith put the blame on his co-worker. 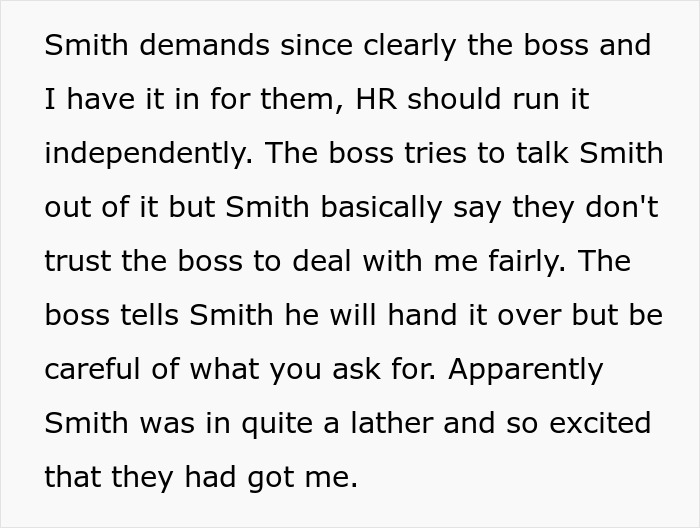 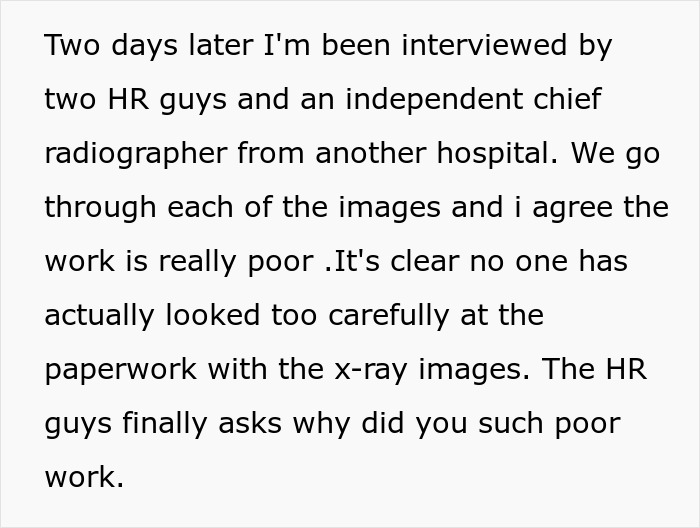 The Reddit user revealed that when he was interviewed about the situation, he explained that Smith was supposed to be working that evening and took the photos. 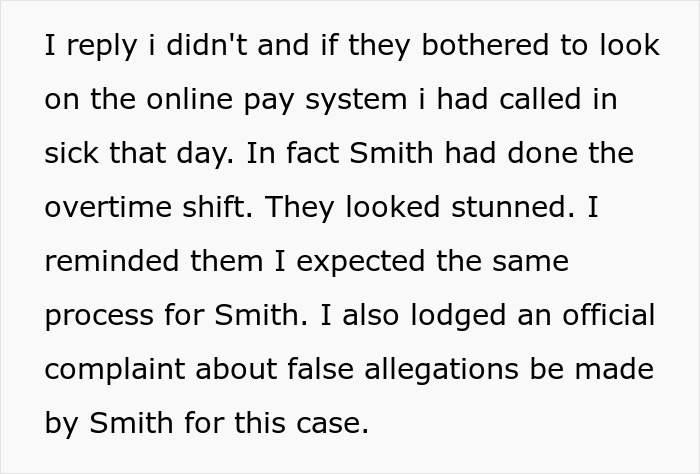 When the author of the post was invited to speak to two HR representatives and an independent chief radiographer at another hospital, they all agreed that the images were not of good quality. This is when the interviewers asked the OP why he failed to do the job properly, to which he replied that he was not responsible for the photos. It was later revealed that Smith was the one who worked that day, covering for the Reddit user as he fell ill. This is when they asked Smith to go through the same process as they had to and even filed a complaint against him for false allegations.

The original poster didn’t let the allegations go and forced HR representatives to go through a similar investigation with Smith this time around. 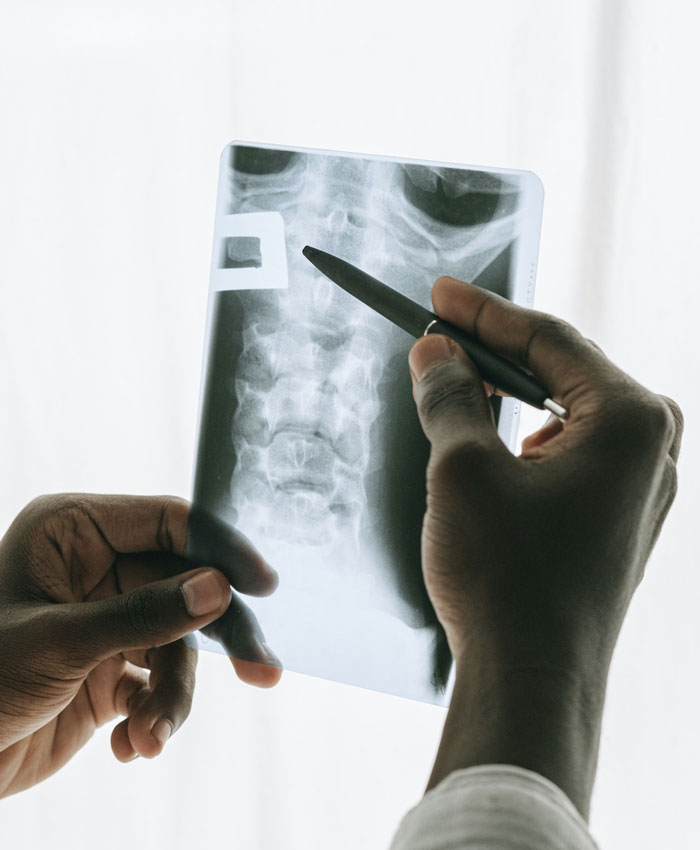 Even after Smith was cornered about what happened, he tried to prove his innocence by showing the plan where the OP was signed up to work, but his pay slip showed him. Proved wrong. After a few more misdemeanors, Smith was fired. The Reddit user added that the expert probably didn’t do it out of bad intentions, but because he was in a really tough spot mentally, and that’s why he behaved the way he did, doing his job properly. failed to do.

Despite the radiographer’s efforts to avoid the mess, he was eventually fired. 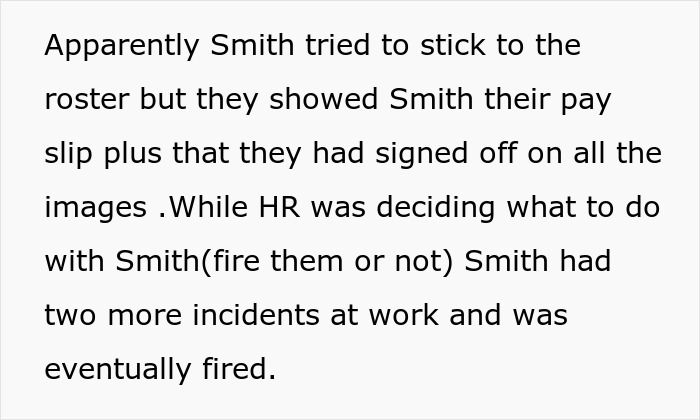 The author of the post took some time to clarify some of the things mentioned in the story. 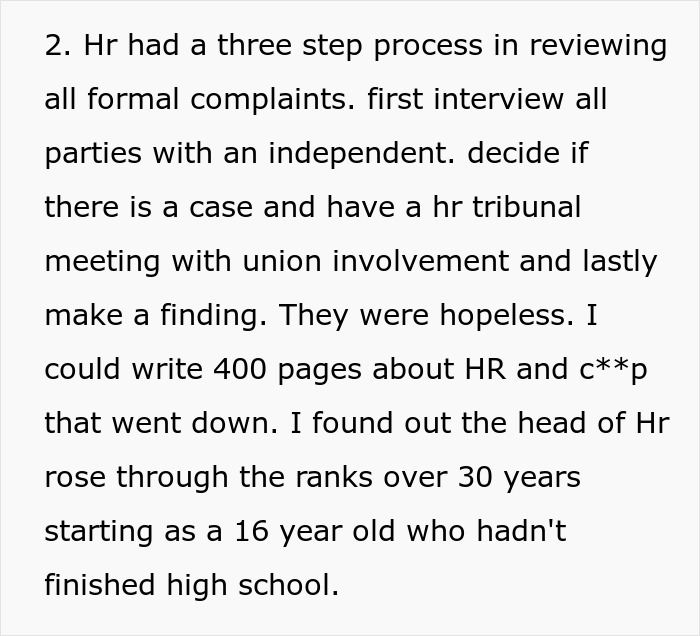 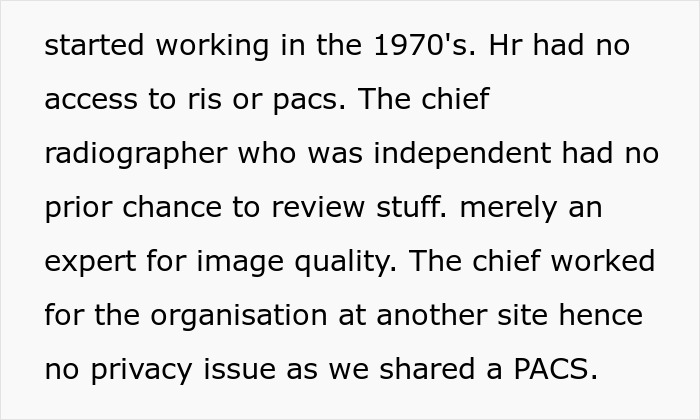 Many other users became interested in the story online because it’s not often that someone tries to blame you for their mistakes. One was interested to know how this could be when, normally, x-ray technicians use special markers with their initials. These are often used to mark a body part, the date of a specific procedure, and may include the patient’s name. The author of the post revealed that after Smith used his marker, he decided to choose “regular”.

What do you think about this situation? Don’t forget to leave your thoughts in the comments below!

They also explained why they did not use radiographic markers, revealing what Smith used to do with them. 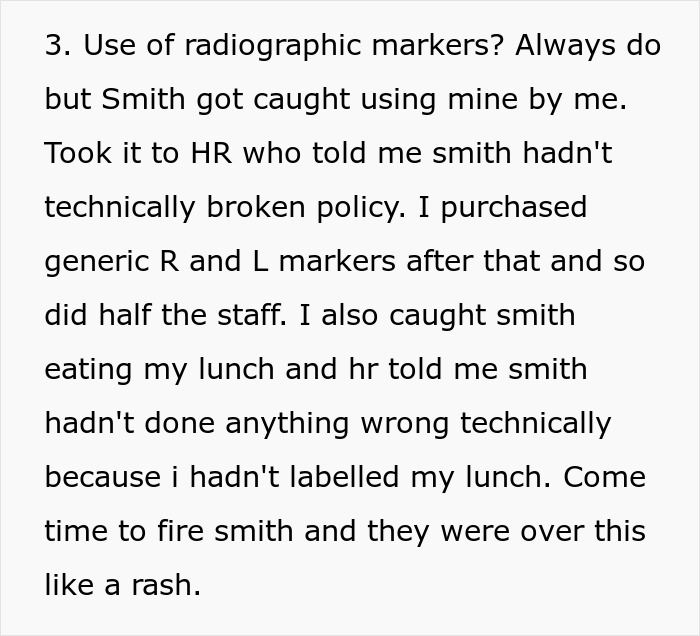 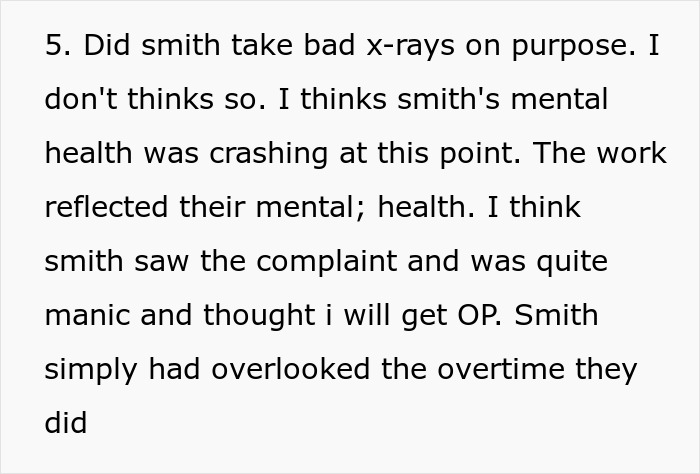 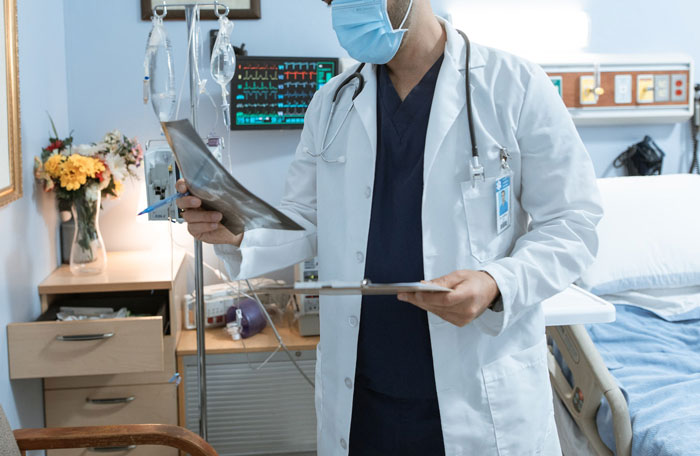 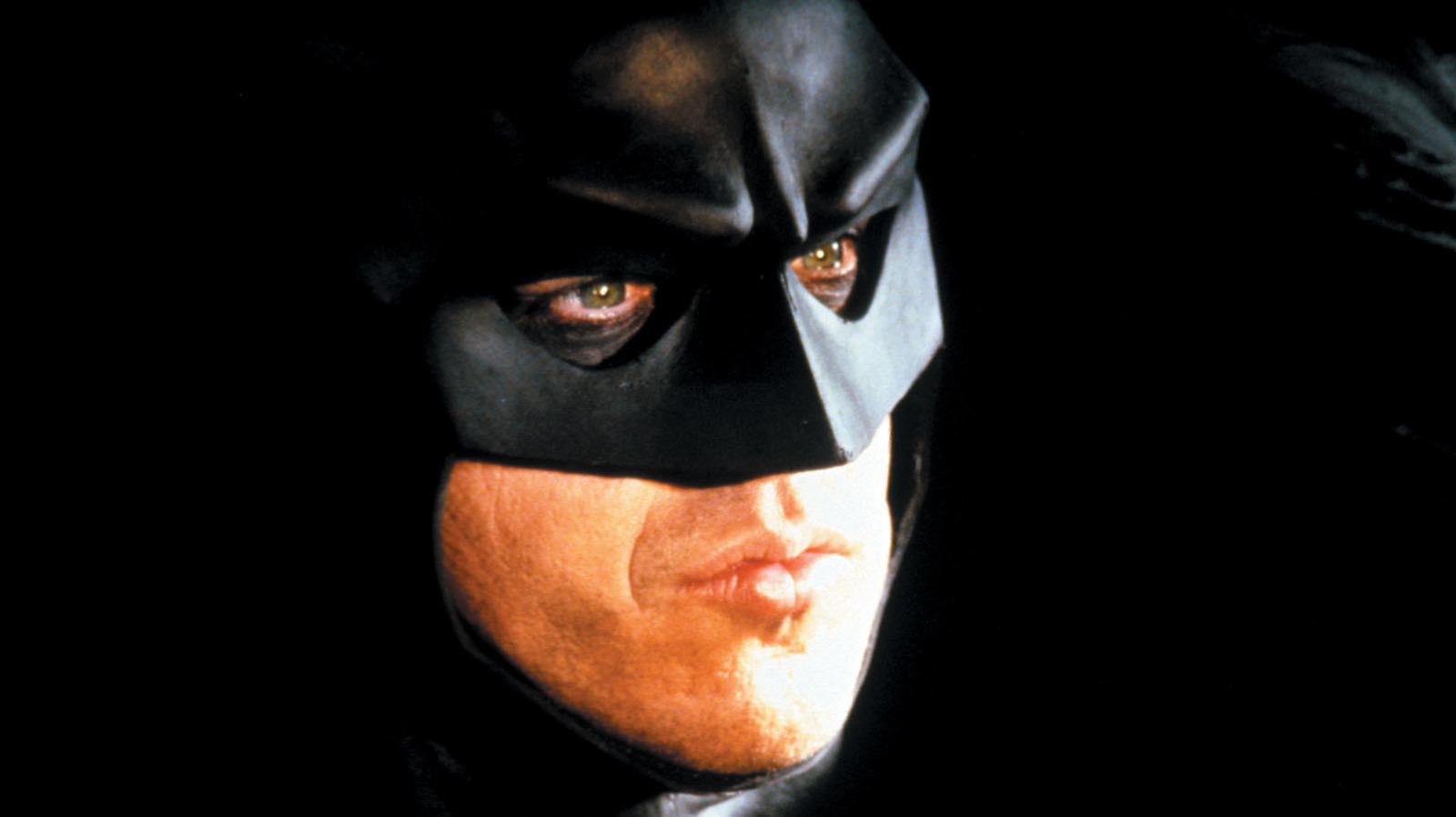 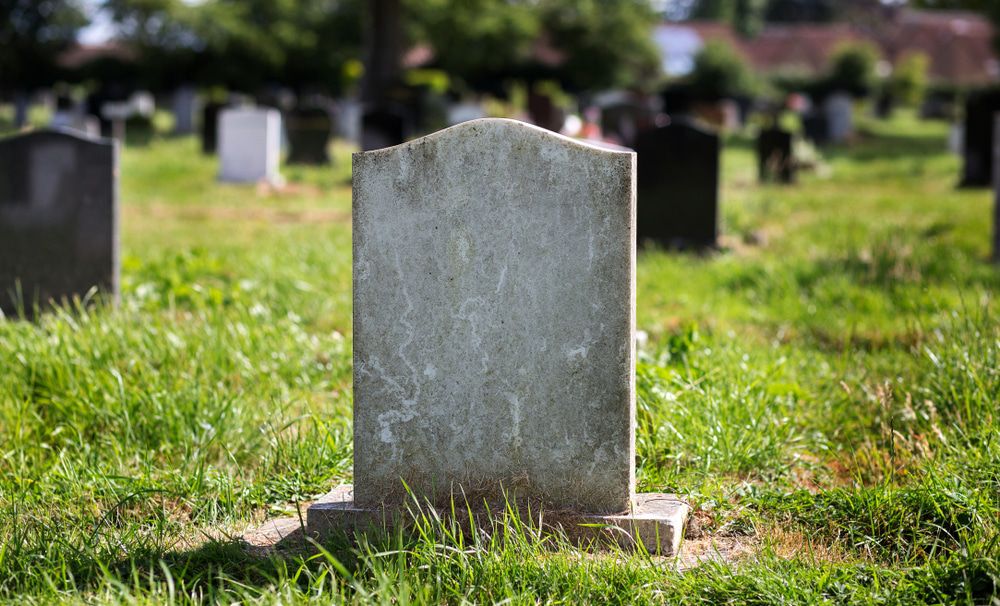