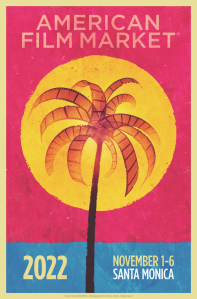 The Independent Film and Television Alliance unveiled new details today, as will the programming and speakers at this year’s American Film Market. AFM Held at the Loews Beach Hotel in Santa Monica as part of the 43rd edition of the industry’s only independently produced sales market, the AFM sessions will feature 30+ panels bringing together … Read more

The Independent Film and Television Alliance today unveiled confirmed attendees as well as speakers at the opening of the 43rd edition of the American Film Market, which will be held at the Loews Beach Hotel in Santa Monica and in theaters across the city from November 1-6. So far, 225 sales, production and distribution organizations, … Read more

South by Southwest (SXSW) Conference & Festivals has confirmed the list of selected speakers for the 37th Annual Conference. SXSW 2023 will take place March 10-19, 2023 in Austin, Texas. “Our goal at SXSW is to always host a range of speakers that represent the full spectrum of the creative industries that gather in Austin … Read more