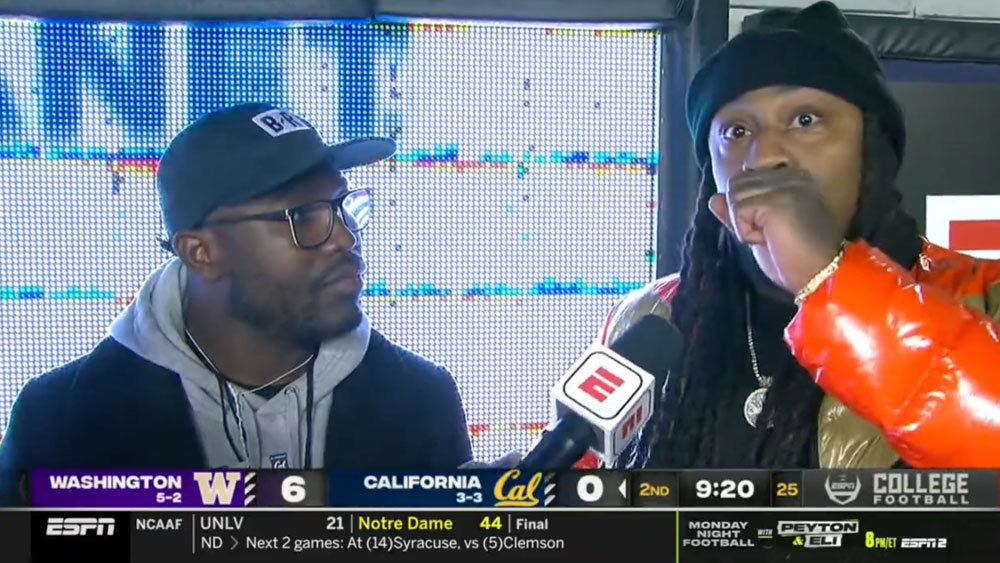 Marshawn Lynch, former Seattle Seahawks running back, went viral when he caught himself dropping an F-b*mb during his live appearance on ESPN. The Super Bowl XLVIII champion was being interviewed for a sports network during a game between the Washington Huskies and the California Golden Bears when he accidentally swore on live TV. “I’m from … Read more