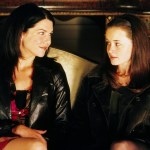 Gilmore girls Fans know too much about Lorelai Gilmore, played by Lauren Graham for seven cozy, coffee-filled seasons. We know what drives her (talking to her parents about money, multiple uses of the word “dead end”), her strengths (hard-working business owner, great parent) and her weaknesses (Christopher… alas).

And now, with the exit Have I already told you this?, a book of essays filled with poignant moments and ironic humour, we now know a lot more about Graham’s inner workings. The actress and writer takes on everything from Hollywood’s unspoken social hierarchies to aging and thoughtful boob comments.

There are also intimate, more personal moments that emerge quietly, including reflections on the end of her ten-year relationship and her complicated dynamic with her mom. When we receive these passages hidden in the text, it seems that we have meticulously earned them. And in between, it’s a fun, sparkling read with a narrator who feels like your funniest friend.

Our conversation below is about writing, Hollywood lessons learned, and transitioning to Taylor Swift.

When you first set out to write this book, were there any germs of ideas that you were itching to tackle?

It all started with the title of the book. I realized that I hit the mark [in my life] with friends and family who know all my stories – we know each other’s stories. What struck me most was the discovery, which is the first essay in the book, that the story my father told about the day I was born was wrong. Faced with reality, he said, “Oh, that’s how I remember [it]”. He didn’t care, basically. And I thought, “God, over time we change stories depending on how we remember them and who we tell them to.”

That’s where the idea started. I thought, “Which of these foundational stories do I tell people to say, ‘That’s who I am?’

Is there one chapter here that you would most like to have someone read if you want them to better understand who Lauren Graham is?

It’s “90s Boobs” in a way, because it’s about being part of a trend without questioning it, and then taking that self-image to a time when it’s no longer relevant.

I wonder if this is just a natural part of growing up? I tried to be someone who constantly overestimates. I never want to get stuck on one thing: “Here’s my story about who I am and I’m not going to grow any further.” I feel like you can get stuck in your family history or a particular idea of ​​who you are. That’s sort of the theme of this book – constant reappraisal.

I think I ask more questions and try to develop self-esteem. I got into these situations, always feeling like I was so lucky to be there, and sometimes I didn’t put myself fully, confidently.

I even think about simple things, like when I played one of Diane Keaton’s daughters in a movie. Because I said so. I was so in love with her and could not believe that I was working with her that I almost deprived myself of the experience of knowing her. She is [was] affordable and easy and fine and stretched. Probably take a little more space and not wait until they give permission.

This makes me think of an essay in your book where you talk about the need to be polite. It’s something I think women have to navigate quite a lot and I’m curious how your courtesy relationship has evolved?

I was brought up to appreciate manners and speak kindly, which I think is fantastic. But this does not mean that you need to limit yourself in creativity. There’s a joke among actors when you work with a director who gives you notes that you don’t want to take. You say, “Oh, yes, thank you very much.” And then you do what you want. It took years [to figure out]. I thought, “Wait, is that a category?”

The only thing you control as an actor is between acting and editing, and everything else is manipulated by millions of other people…you have to be a good collaborator, but that doesn’t mean all your ideas will disappear. It’s a very difficult balance.

The chapter you wrote on aging stands out in particular. I wonder what you have left after studying this topic?

It was a revelation how many more women write, comedy and talk about this topic. I’m talking about this essay by Nora Ephron called “I feel bad about my neck.” [in the chapter]. Out of curiosity, I googled “men, necks, feelings” and came up with: “Why are men so obsessed with women’s necks?” I [thought], “Wow, not even a single man here…” I was wondering that this is a topic that is in some way exclusively female. It’s just good to talk and keep it going.

Do you have a favorite essay by Nora Ephron that you love to reread?

She has a whole idea of ​​egg white omelettes and how stupid they are. She doesn’t like her purse as much as she hates her purse and she’s not the kind of person who understands people with fancy bags. I think one of the things that draws me to her work is the fragments. They are just such New York time capsules of another time. She talks about the process of master classes and writing When Harry Met Sally with Rob Reiner and how they had these conversations and he was like, “Well, men would never do that.” And she said, “Women would never do that. And so the script was born. I just love the process. I love hearing about how someone has done something.

You’re talking about how in Hollywood if you play a cute vet, you’re constantly being asked to play that cute veterinarian in other projects. How did you get through that experience, playing one truly beloved character for so many years?

I think especially on TV if you don’t Crown or something that is period piece, you really use a lot of yourself. you are so close to [the character], you tell the story incrementally and in some cases 20 episodes… you live with them. In a way, I just didn’t resist it. I tried to make the projects quite different from each other. But now I’m on TV playing three single mothers in a row. I wouldn’t look for it again.

I think once you’ve done something, you crave the opposite. I’m really fascinated by Danny Strong’s work. [writer of Dope Sick, Empire and played Doyle on Gilmore Girls]. I think I would like to do something less comedic.

Someone recently tweeted and asked you if you listen to Taylor Swift’s new album. You said you were. I’m curious what is your favorite song from midnight?

The way I listen to it… I don’t look at the titles. I run to her on the treadmill. But I met her this summer at someone’s birthday and she was so beautiful. i’m a fan of everyone [her] music, as well as the way she carried herself, with great grace and kindness. I’m just a super fan.

This interview has been edited and shortened for clarity and length.

Before you leave, click here to see which books you should read based on your last binge viewing.