The charming singer, usually so cheerful and self-confident, admits that the release of his new album Marry Me has made him the most nervous in years.

“I’m at my limit,” he says with a smile over lunch.

“It feels like I’m releasing my first album again, so I’m a little nervous. I worked so hard on this and really pushed myself.

“I moved my voice elsewhere and became more confident in different areas of my voice.”

We’re sitting in the townhouse on Dean Street in Soho, where Moores is relaxing from his morning radio promotion, chatting about his return to music with his seventh album, which is set to be his fifth No. 1 album today. 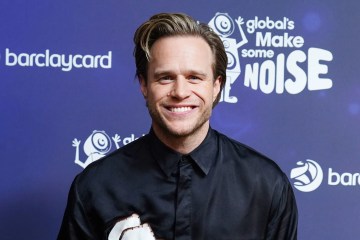 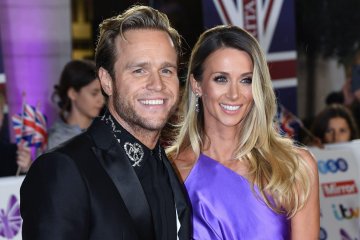 Tanned and fit, he had lost a lot of weight, having not drunk a drop of alcohol since New Year’s Eve.

His hair is longer and slicked back, revealing his cheekbones.

“I wouldn’t say I’m at a crossroads in my career, but I’m definitely not that young pop star anymore.

“I am a full-fledged 38-year-old man with a fiancee, and this is reflected in my music. It’s certainly a more mature release.”

“Marry Me” – as the title suggests – was influenced by his upcoming wedding to partner Amelia Tank.

“But this album is not a love story,” Moores emphasizes. “It’s a fun pop record with bits and pieces of little stories between me and Amelia and our relationship, but it’s not just about me and her.

“In fact, there is only one song, the last one on the album, it is dedicated to Amelia.

“The rest have lyrics that make me think of her.”

Moores tells how, as he finished Let Me Just Say to Amelia, she burst into tears and said it was the best thing anyone had ever done for her.

Moores has gained immense notoriety since finishing second to Joe McElderry on The X Factor in 2009.

And while Marry Me may be heading to the top of the charts today, the singer says he never takes success for granted.

“Some artists stick to their own directions, but you will see me on This Morning, then Starstruck, and then I sing my new song.

“The music industry has been kind to me, but there were times when I felt like there was a stigma around me because I was on a reality show.

“So having the support of people like Sir Tom Jones, Lewis Capaldi, Stormzy, Ed Sheeran and Paul Weller (who wrote the track Let Me In on his 2015 album Never Been Better) meant a lot.

“They all treated me with respect when I met them.”

Moores admits he had a tough time last year.

He says he’s still reeling from the d*ath of good friend and former X Factor co-host Caroline Flack, who committed suic*de in 2020 and had his THIRD major knee surgery earlier in the year.

“With Case, I don’t know if I was able to cope with grief,” he admits.

“I don’t know if I will ever get over losing her, hearing the news and the fact that she killed herself.

“I’m such a positive person, so getting into such a negative place was hard.

“I try to think about all the positive things that Caroline has done and the great times we had together.

“All the great messages I had with her, the great phone calls, the great times we had together and the memories of performing and presenting TV shows together.

“Me and Kaz were best friends and when I get the chance I will revisit some of the things we shared.

“Some people can’t afford that luxury. I will never forget her.”

Having undergone another major knee operation after an ACL reconstruction in 2019, Moores was forced to cancel all of his summer shows this year, leaving him fearful that his career was over.

“I’ve already had two knee surgeries since 2019 and my life is performing, dancing and entertaining people, so I was afraid that it would all be taken away,” he admits.

“I was on stage last summer and my knee broke.

“All the way home after the concert, I was on the verge of tears, holding my head in my hands. I couldn’t believe I was going through all this again.”

MY VOICE IS BACK

Moores was forced to rest at home for eight weeks and faced a lack of mobility both mentally and physically.

“They were bastards. I didn’t know if that was the case.

“I couldn’t just be a stand-up singer, without dancing I would have lost the fun of it all.

“But I took it one day at a time and I started working out and doing physio. And in the end it came together.”

Dealing with fame and the ups and downs that come with it, Moores says he’s proud to have made it through relatively unscathed.

“I also lost my voice for a month. I had silent reflux and problems with my vocal cords.

“I had a song called Die Of A Broken Heart and for a while I couldn’t even sing it.

“Fortunately, I sorted it out, my voice is back, and I’ve dealt with my mental health quite well.

“Being in the spotlight at the age of 25 changed my life.

“I was in my own little world and then all of a sudden I was in the spotlight and in the papers, and I think I did a good job of it. I had anxiety and had moments of depression – you know, I wake up and feel down and alone.

“But I give myself credit for living 13 years in this crazy show business industry safe and sound.

And Moores says that working with new songwriters, the duo of David Stewart and Jessica Agombar, who have worked with BTS, Jonas Brothers and Shania Twain, rekindled his desire to return to music.

“They inspired me again for new music,” he says.

“I didn’t know where I stood and if I was going to do a covers album or what. I didn’t even have a record deal.

“There was nothing there when I met them, and suddenly everything fell into place.

“David had the enthusiasm and Jess was the pulse of the melodies and lyrics. Together they made me feel alive again.

“The trust they had in me was amazing.

“I walked into the studio and they said, ‘Don’t forget who you are, Ollie. Don’t forget what you did or your hits – we’re going to do it again.” .

“I was struck by their faith in me.”

It’s a more complex and developed sound for the Murs, and songs like 25, Dancing On Cars, I Hate You When You’re Drunk and Die Of A Broken Heart are upbeat pop songs.

I FORGOT THAT I AM KNOWN

The standout song 25 was written after Moores briefly broke up with Amelia when he was filled with regret.

He says, “That was when we first got together. We broke up and after 25 days I was like, “What the hell did I do?

“I was afraid of commitment, like most men. Luckily, we got it sorted.”

Dancing on cars was inspired by meeting Amelia and falling in love.

Moores says, “I love that energy when you first meet someone. Although our first date was terrible.

“We had the worst roast meat dinner in Ess*x and I forgot I was famous, but on that day all the Ollie Mercs fans were outside so the kids with their noses were looking out the window. They watched us eat food.

“I said to Amelia, ‘Please don’t worry about it because it never happens.’

“We’ve been together for three and a half years, we’ve never had a worse date.

“I Hate You When You’re Drunk” makes me smile and laugh every time I listen to it.

“I played her Guy Garvey from Elbow – we are both filming The Miracle of Christmas. Anyway, he definitely loved it. He couldn’t stop laughing.

“I also played it at my sister’s 40th birthday in October and my grandmother sang it in her wheelchair pointing the finger at the whole family. It was so much fun.”

Family is important to Murs, and he says he doesn’t lose hope that he and his family will one day be reunited with his estranged twin brother Ben, who broke up with Murs when he missed Ben’s 2009 wedding to perform in the live hemisphere. – X Factor final.

Moores says: “I believe that one day we will succeed – I have to believe in it.

“We as a family talk about Ben like he’s here. Although he is no longer in our lives.

“We never forget him. But there is no anger or hatred in it, we are full of love.

And the door is always open for him.

As our lunch draws to a close, Moores says he enjoys every moment of making music.

“I was lucky, and who knows where I will be in ten years?” He says.

“But I know that I will entertain people. Whether it’s on a TV show or at a local pub, I’ll have fun somewhere.” 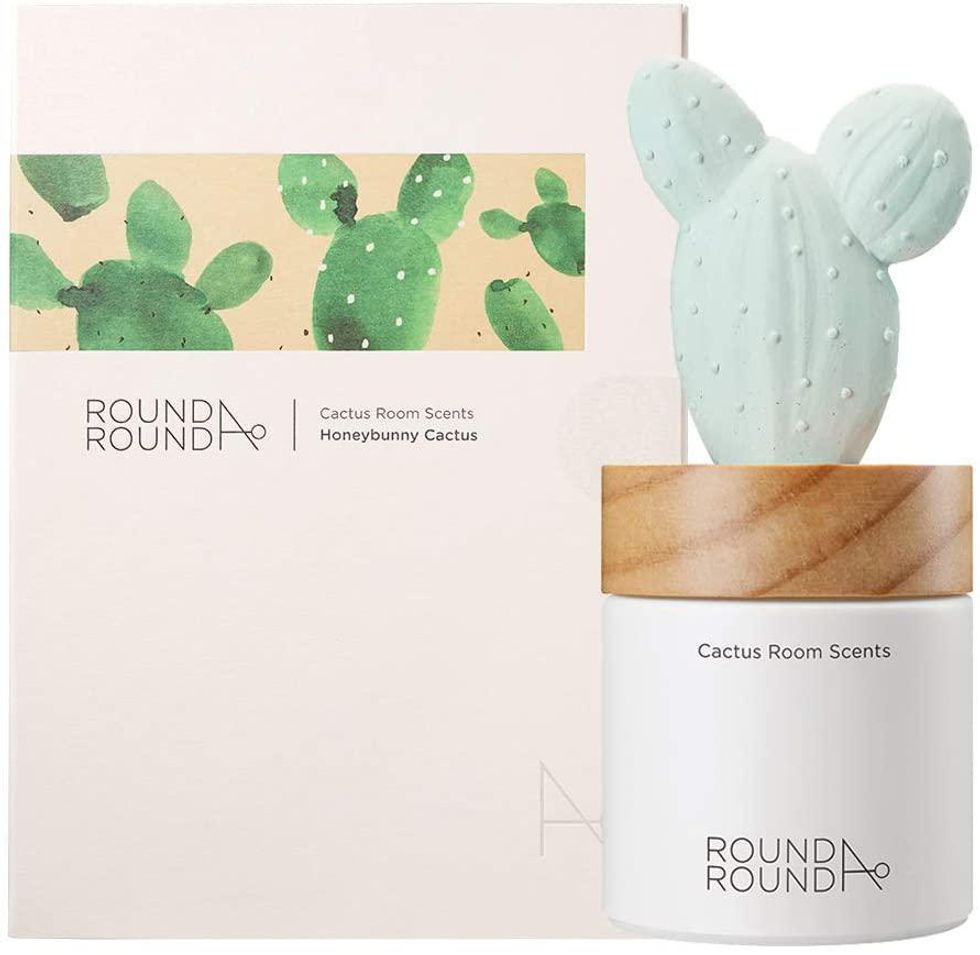 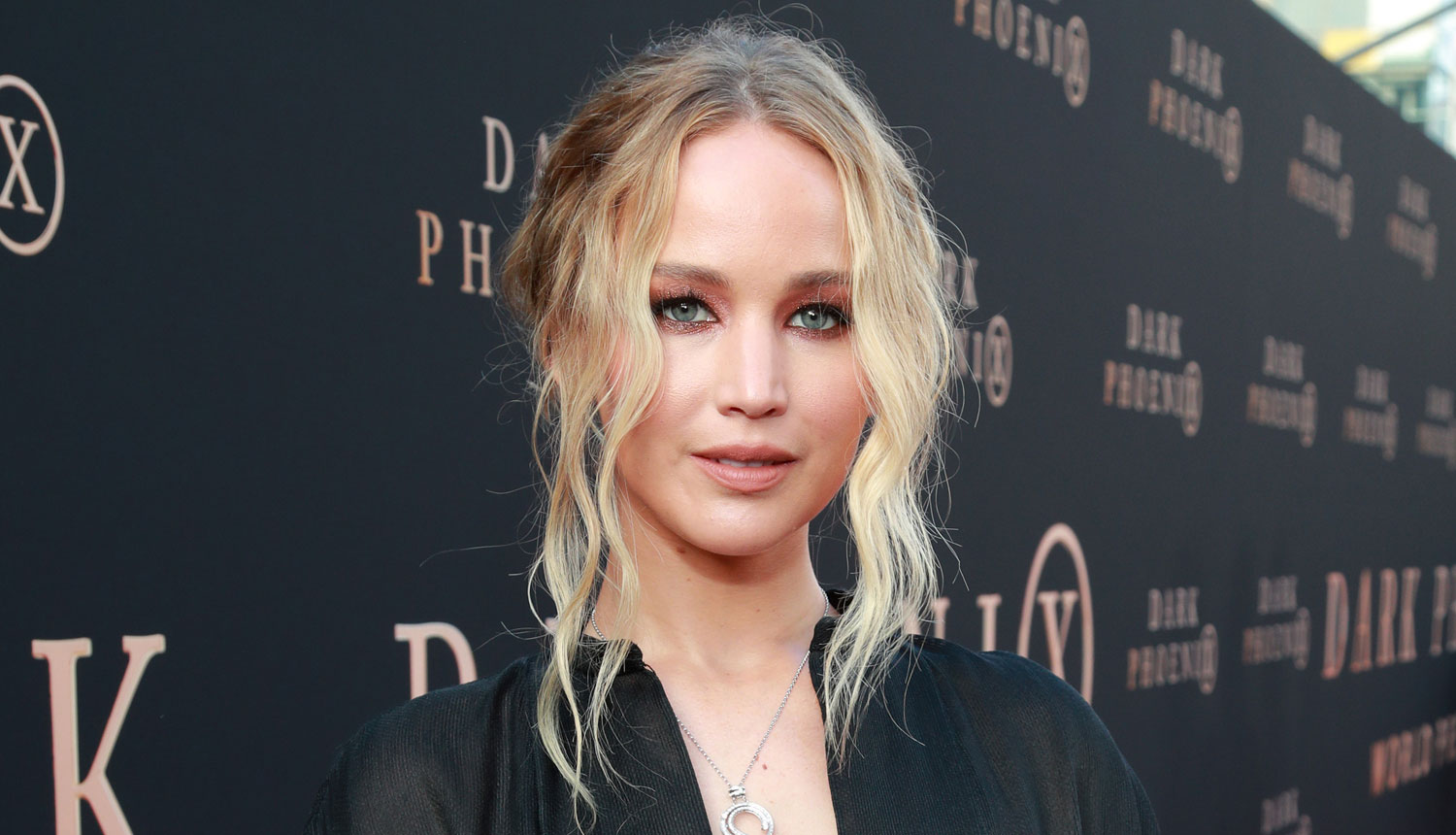