What one considers to be expensive, another person might think is reasonably priced, and it depends on how much money they earn and are used to spending on certain items. If we have different definitions of what is expensive and not expensive, our perception of what is considered luxury also may not be the same.

17 Y.O. Zoe Gabriel was very happy when her dad bought her a Charles & Keith bag, so she filmed a video about it and was excited to unbox her first luxury bag. The video was first met with comments berating Zoe for thinking that it’s luxury, so she responded gracefully, explaining why she used that term, and both videos blew up so much that it even attracted the attention of the brand.

Dad bought his 17-year-old daughter what she considered to be a luxury bag but when she shared it online, people were not impressed

Zoe Gabriel is a Filipina living in Singapore and she recently has been gaining a lot of views on TikTok. It all started with a video in which she was thanking her dad for purchasing her first luxury bag.

The teen got the bag from the Singaporean fashion house label Charles & Keith. Its price is a bit under $100 and people thought that Zoe didn’t really know what a luxury bag meant as the term is usually associated with designer goods that cost thousands of dollars.

The bag was from Charles & Keith and it cost about $80, which may not seem like a luxury for the more fortunate ones, but for Zoe, it was 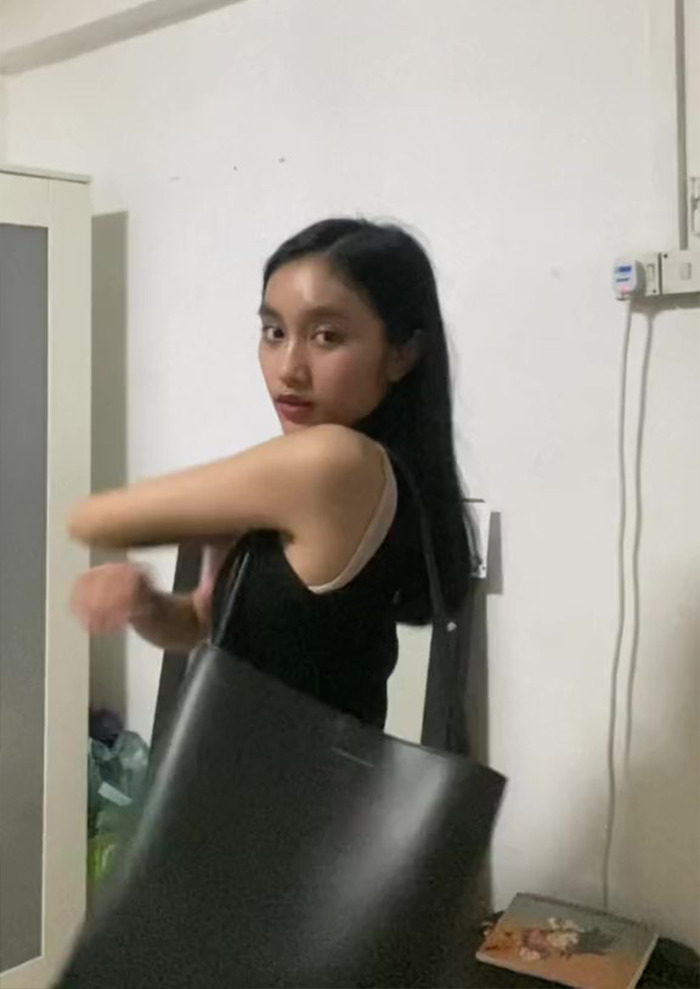 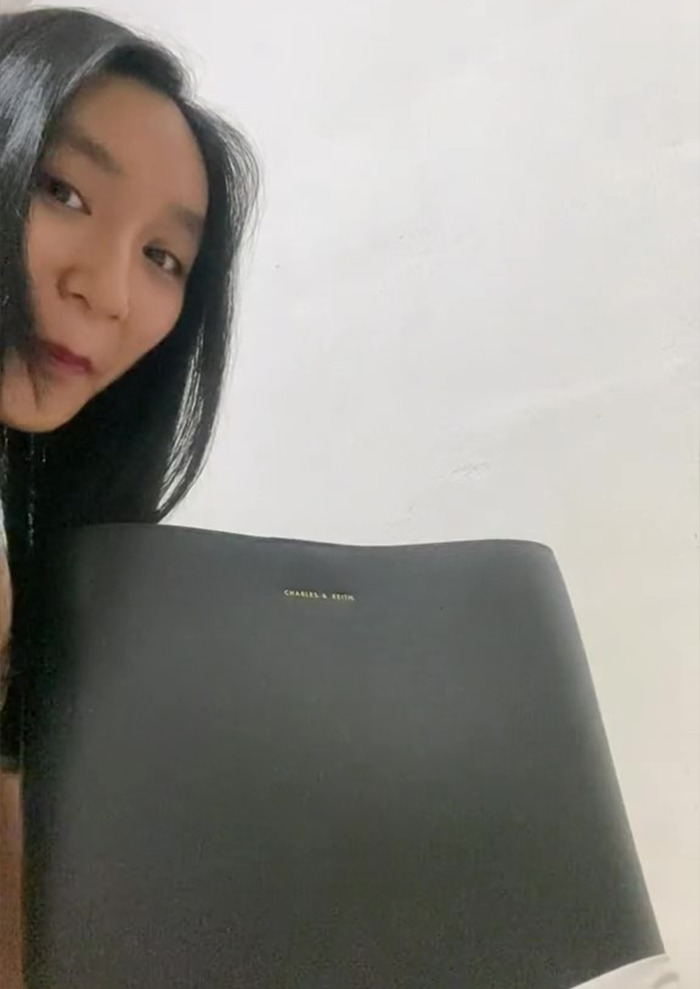 If we want to get technical and look up the dictionary definitions of what luxury means, you will find that luxury is “a state of great comfort or elegance, especially when involving great expense,” “an inessential, desirable item which is expensive or difficult to obtain,” or “a pleasure obtained only rarely.”

None of the word’s meanings specify a set amount of money you have to spend to be able to say that the item is luxury. Great expense for one person doesn’t necessarily mean the same for another. It truly depends on the perspective. 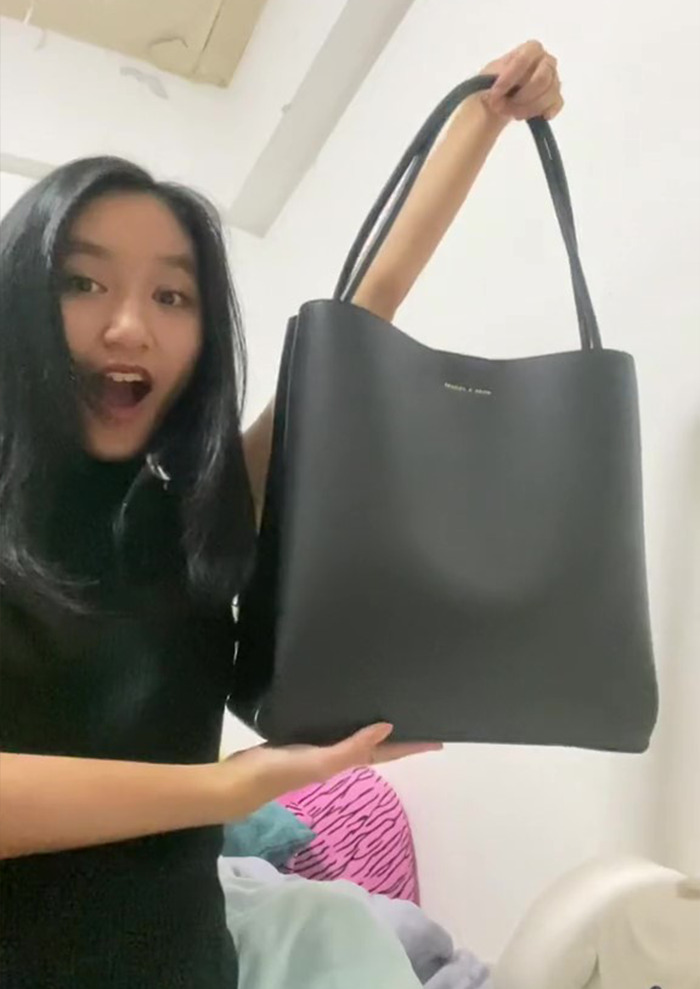 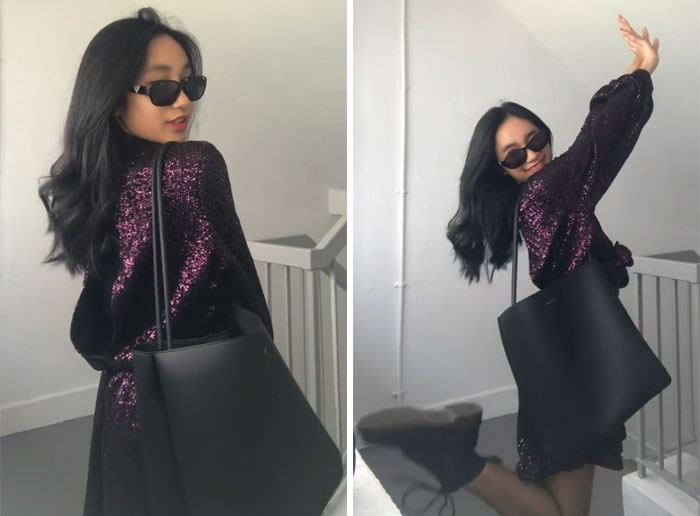 The amount of negative comments that Zoe received couldn’t be ignored and she felt that she needed to defend herself. What we found out is that the teen’s family sometimes even considered bread to be a luxury because at times, even food was hard to get.

Knowing that, the teen was very grateful for her that he saved up his hard-earned money and decided to spend it on her. And he didn’t even buy the cheapest thing, but allowed Zoe to choose a Charles & Keith, which cost him $80, which is a big chunk from the family’s budget.

When her family moved to Singapore, they didn’t have a lot of money and sometimes struggled to buy bread 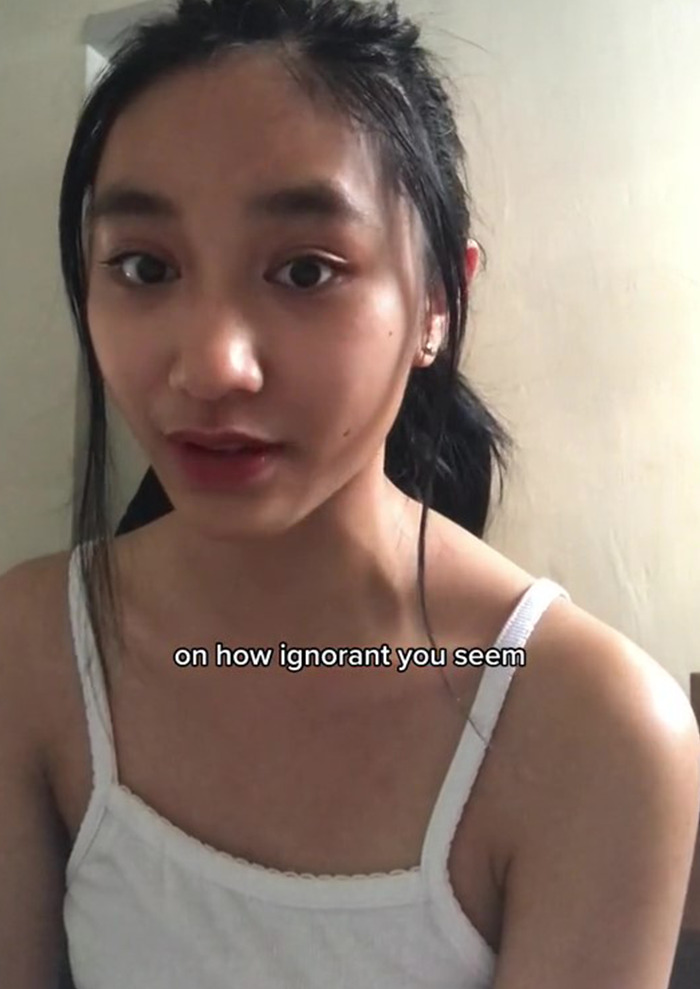 After this video, people started showering Zoe in support and canceled out the negative comments. They agreed that what is considered luxury is subjective and that the other commenters had no right to take away the joy from her of receiving a wanted gift.

The support was so big that even the brand itself noticed it and actually invited Zoe and her dad for lunch and a tour at the Charles & Keith headquarters. In an Instagram post, Zoe wrote “It was so fun, everybody was so nice and accommodating. We had the chance to sit down with Keith and get to know their company a little better.”

Charles & Keith commented on the post, “Thanks for visiting! We were happy to have you and your dad at our HQ office – hope you enjoyed the lunch and had a meaningful experience with us.” 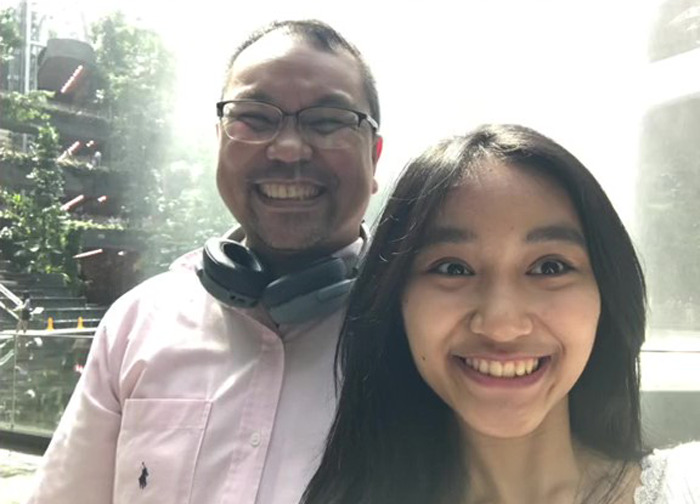 A couple of days later Zoe uploaded another unboxing video and this time it was a gift from the brand itself. A note attached to the presents read, “Hope you enjoyed your time at our HQ campus and meeting our founders – we are all so impressed with the grace in how you handled the situation and displaying values that resonate with us greatly. We present you our iconic Gabine bag that we personalised specially for you, and hope that it will remind you of this special moment where you inspired so many others to be kind, compassionate, and confident.”

Once the teen explained what she meant, people flooded her comments with positivity and blew up the videos quite a bit 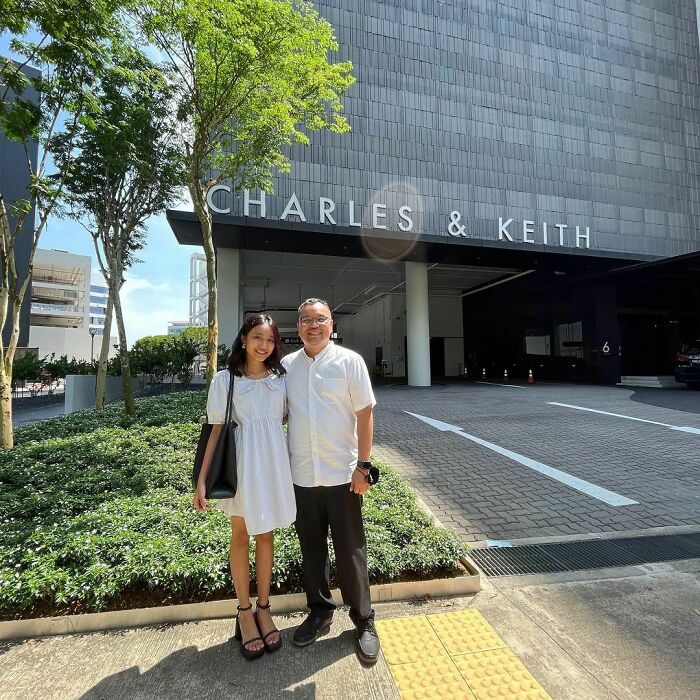 Zoe’s situation is an example of how people who have less money are mocked for not being able to afford things. She is like the scholarship student whose parents couldn’t afford the school otherwise that is now surrounded by people born with a silver spoon. But she just posted a video that reached an ignorant audience.

Children of parents with low income are more likely to be bullied for not being able to afford food, clothes, new technologies and vacations. Although the problem is not them being poor, but that they are the minority.

A study led by Frank J. Elgar, PhD revealed that “early-life income inequality influences developmental trajectories in ways that is associated with later involvement in bullying (as targets in particular). To our knowledge, this is the first evidence of an association between early-life inequality and adolescent bullying.”

After that, they gifted Zoe two more bags that were personalized specially for her 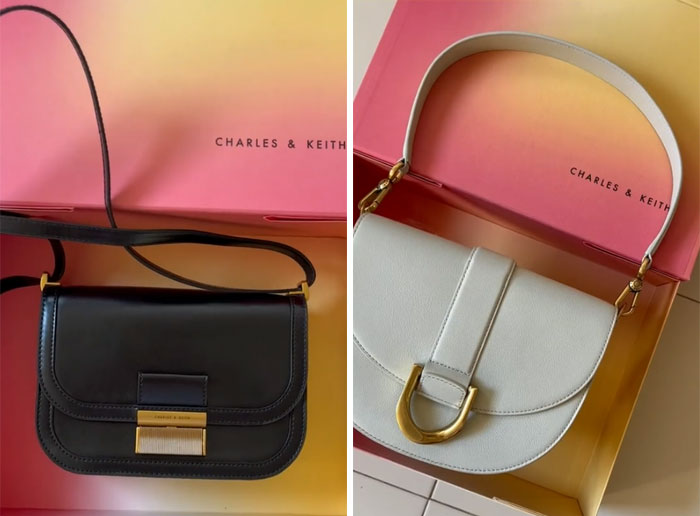 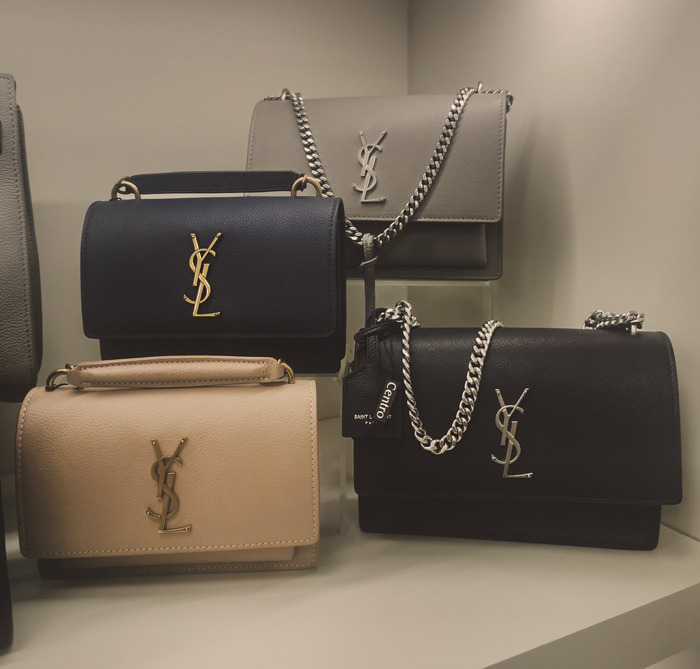 But we can say that Zoe’s case is a success story as after she clapped back to the haters, more people came onto her side and encouraged her to enjoy the bag and what it represents, which is her dad’s love. Maybe she also convinced some of the judgemental people to look at the world through her eyes.

We would like to know what you think about the story and the initial response people had. Do you think that the standard for luxury is something you set for yourself or is it a term that has a very specific meaning? Let us know your thoughts in the comments.

After the initial negative response, people encouraged Zoe to enjoy her bag and agreed that what is considered luxury is subjective 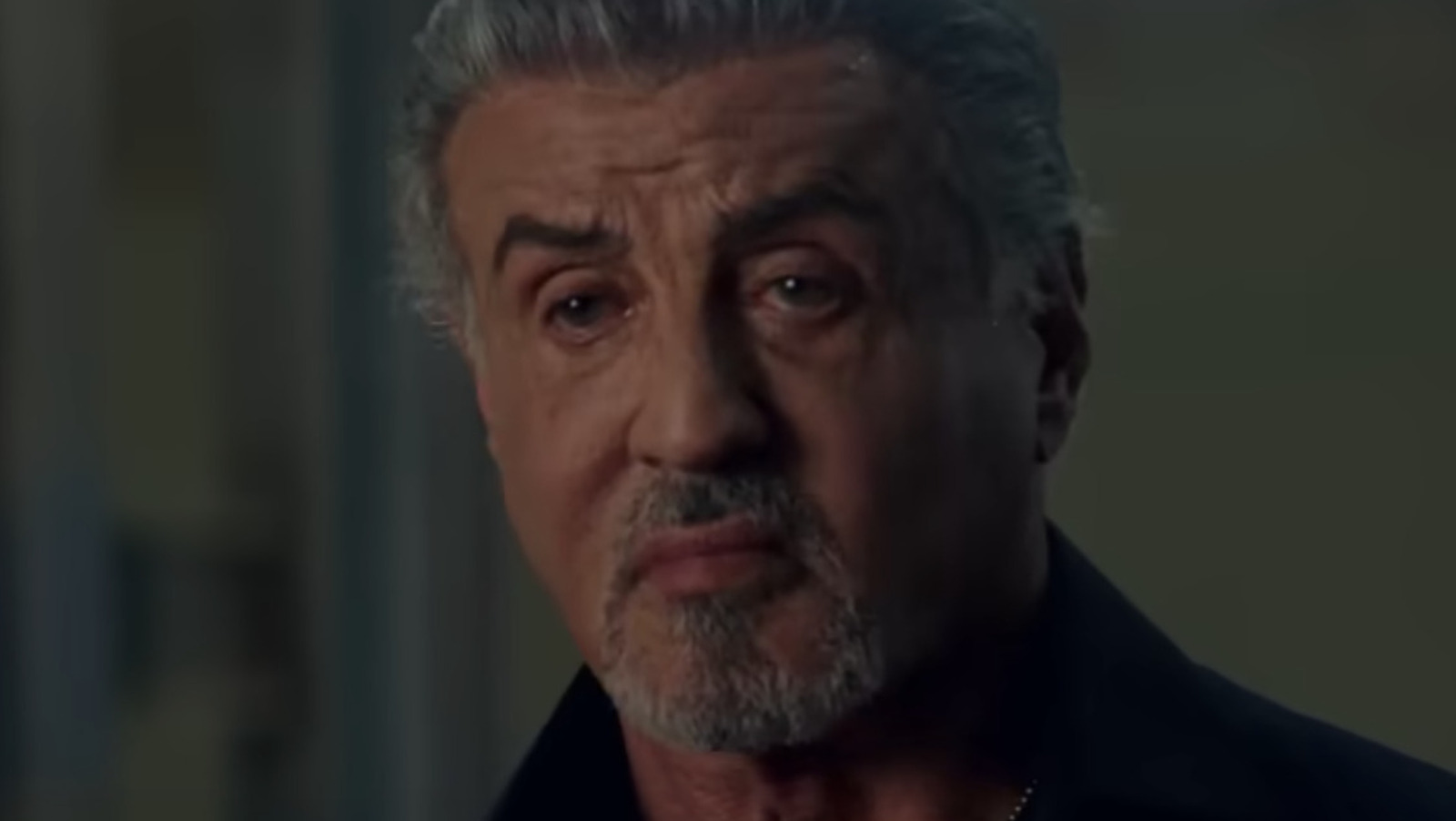 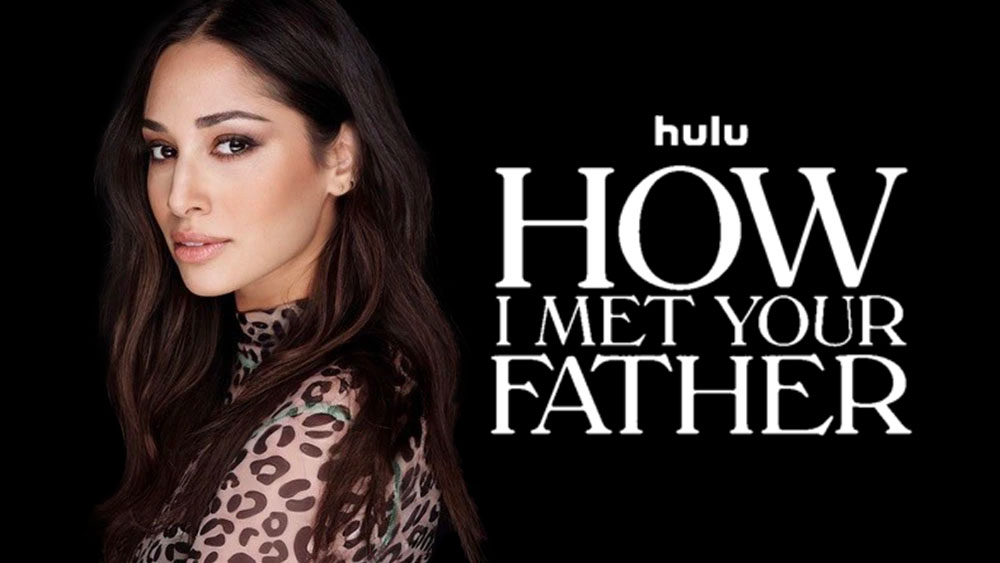